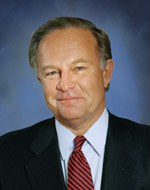 James. R. Hubbard is a trial lawyer with decades of experience in a wide variety of civil litigation and arbitration cases with leading trial firms in North Carolina, Florida, and New York. His first chair litigation experience includes over 100 jury trials. He is a Fellow of the American College of Trial Lawyers, where he serves on its Committee for the Teaching of Trial and Appellate Advocacy.

Mr. Hubbard graduated from the University of North Carolina at  Chapel Hill, with honors in International Studies, and received his law degree from the Georgetown University Law Center, where he served as an Editor of the Georgetown Law Journal. Following law school, he served as Law Clerk to Circuit Judge David W. Dyer of the United States Court of Appeals for the Fifth Circuit, and as an Assistant United States Attorney for the Eastern District of Virginia.

He is a certified North Carolina Superior Court Mediator, and is listed on the mediation panels of the federal trial courts in the Eastern, Middle, and Western Districts of North Carolina. His mediation practice is enhanced by his experience in the litigation of complex employment, commercial, and tort cases, and by his frequent appointment as a mediator or arbitrator.